"I imagine what I would like to wear at that age."

In 2009, the new to b. collection was launched. agnès b. was now offering a collection for teenage girls, the 'lolita' who the fashion designer loves so much to dress.
This informal style, based on the elegance of Parisian and Japanese college students, creates a 'Tokyo-Paris' look, aimed at young Kawaii Japanese girls.

The history between agnès b. and Japan goes back to the mid-1980s. Since that time, Agnès has had a very special bond with this country and its people. She has much admiration for the courage, delicacy and refinement of the people, as well as the fantasy and freedom of some: "The history between us is a passionate one, because they like what I have to say, freely... Give love has become like a variation on a theme for them. Everything inspires their clothes: manga, rockabilly, hip-hop. And yet they love the simplicity of my lines. It's fascinating." (agnès b. fashion designer, Paris, La Martinière, 2016) 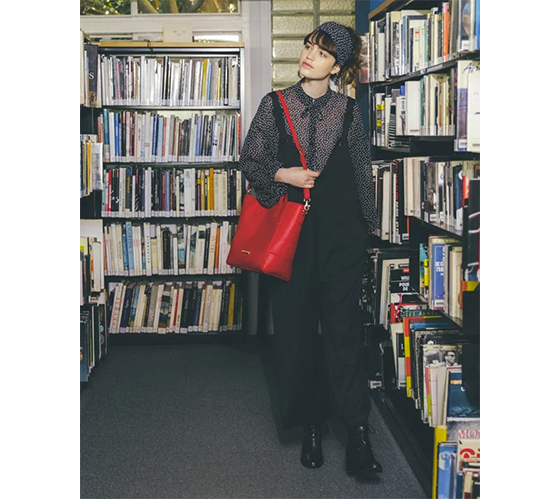