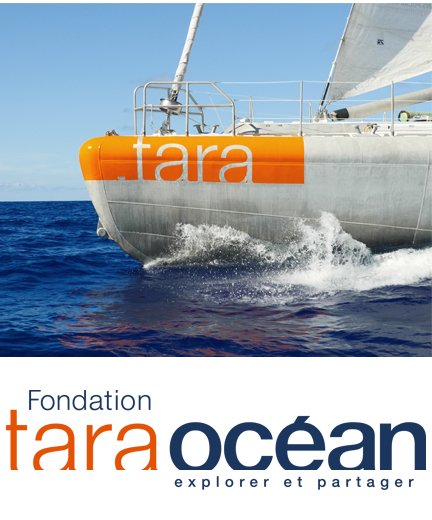 In 2003, Agnès and her son Etienne Bourgois, who have always loved the ocean, acquired the schooner Tara, initially as private individuals. They both wanted to create a floating scientific laboratory that would work to protect the marine environment. The objective would be: to observe, study and understand the impact of climate change and the ecological crisis on the ocean, in order to better protect it.

“This project was born from a passion for the ocean, from a humanist and committed vision”, explained Etienne Bourgois. In fact, the Tara project is also about bringing together top scientists, artists and the general public, to encourage multi-disciplinary work, multi-cultural work, and freedom. Since the project’s beginnings, the schooner has travelled more than 400,000 kilometres, stopping off in more than 60 countries during its 5 major expeditions. These missions, taken in collaboration with top international laboratories (in particular the CNRS, the French National Centre for Scientific Research), have facilitated important scientific advances.

In 2016, the Fondation Tara Océan was created and became the first publicly recognised foundation dedicated to the ocean. Agnès and Etienne gifted the schooner to the Foundation, of which they were founder members. The “Agnès Troublé dite agnès b.” fund is one of its main patrons, and Etienne is its director.

Today the four main missions of The Tara Ocean Fondation are:

- Expeditions and scientific research on ocean biodiversity, climate change and plastic pollution in the oceans.
- Raising awareness in young people of the challenges related to the oceans. Thanks to a partnership with French National Education, the Foundation has already engaged with 500,000 school pupils, teenagers and young adults, hosting them on board the schooner or offering a program with specialist teaching in schools.
- Advocacy with political and economic decision-makers for better ocean governance. Due to its high-level scientific expertise in the area of the oceans, the Foundation obtained the status of United Nations Observer.
- Cooperation with the southern hemisphere. Data collected by Tara is provided “open access” to scientists from all over the world. In addition, the Foundation is developing a programme of North-South cooperation to enable scientists from developing countries to train in the use of this data.

Furthermore, the Foundation regularly invites artists in residence on board the schooner. This is an innovative way to raise awareness in the public about the environment and the challenges to preserve it. On 12 December 2020, the schooner Tara launched from Lorient, its home port, for a major new scientific expedition. For two years, the boat-laboratory will travel 70,000 kilometres in the Southern Atlantic, along the coasts of South America, then Africa, via the north Antarctic.  This mission involves 42 research organisations from across the world. It aims to study microbiomes, marine micro-organisms that play an essential role in the regulation of the climate and which are one of the main links in the global food chain.

Food, design and a commitment to the planet… this is the spirit of the “Tara basecamp”, a venue for meeting and discussion located in Lorient, the schooner’s home port.  It’s in this boat house, part of which doubles as the Fondation Tara Océan’s technical base, that Tara’s basecamp is located. There is a dining area, where you can also get a coffee, meet, work, flick through journals about the Tara expeditions or follow the expeditions live.  The Tara basecamp is also the meeting point for the sailors, scientists and artists who work with the Foundation. Make a donation for the Ocean.
Our future depends on the Ocean. agnès b. and her son Etienne Bourgois buy the schooner Seamaster from the widow of sailor Sir Peter Blake, who was killed by pirates. They changed the name to Tara, the name of the small boat Agnès sailed in with her father when she was a child. The boat has previously belonged to Jean-Louis Etienne who had it built in 1989 with the name Antarctica, to explore the polar oceans. Tara Arctic Expedition. An Arctic drift, 113 years after Nansen’s in 1893. This exceptional drift lasted 507 days in the heart of the pack ice, where a huge set of data was collected about the role of the Arctic in worldwide climate change. Tara Oceans Expedition. Dedicated to an XXL study of plankton in all the oceans of the world, this mission enabled 100,000 microscopic marine species to be discovered and more than 150 million new genes. For the first time in the world, the very complex planktonic ecosystem was described in its entirety. Tara Méditerranée Expedition, aimed to study the impact of plastic on the Mediterranean ecosystem. This expedition also enabled the plastics that are found at sea to be studied and an exploration to be carried out of the dynamics and function of the microbial communities that live on the plastic, which had been virtually unexplored until that point.

Creation of The Tara Ocean Fondation which became the first publicly-recognised Foundation dedicated to the ocean. Etienne and Agnès gifted the schooner Tara to the Foundation. Tara Pacific Expedition, which studied biodiversity and the coral reefs’ ability for adaptation and resistance to climate change and anthropogenic pressures Microplastic Mission on 10 European rivers, aiming to identify the sources of plastic pollution, understand their fragmentation in rivers and predict their dispersal in the ocean, as well as understanding the impact on biodiversity and their toxicity on marine organisms. Microbiomes Expedition, which aims to study marine microorganisms. We know very little about these organisms that play an essential role in regulating the climate and are one of the main links in the worldwide food chain.